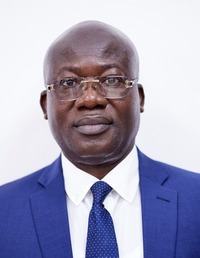 Eric Danquah has accomplished notable achievements in higher education and global development, he:

The WACCI approach is to equip plant breeders with the knowledge and skills to develop superior varieties of indigenous crops using both conventional and modern technologies. With WACCI, Eric Danquah has worked tirelessly to significantly improve the quality of PhD training in plant breeding offered to students from universities in West, East Central and Southern Africa.

The impact of WACCI as an international centre for the development of world-class PhD plant breeders under Eric Danquah’s leadership has been impressive. So far, WACCI has enrolled over 114 PhD plant breeding students from 19 African countries and graduated 66, while the balance move through the program. Three high-yielding maize hybrids released by WACCI under his leadership as Principal Investigator are being scaled up for commercialization and will significantly increase maize productivity in Ghana. The major impact of the program is in the numbers of new varieties of crops developed by these students in their home countries through their plant breeding projects. Last year, one of the foundation students released five rice varieties in Ghana. Also many varieties developed are for “orphaned” crops — those indigenous to Africa but rarely the target of intensive breeding efforts because they are of little commercial importance. Essentially, these efforts increase food security for Africa. One of Eric Danquah’s major objectives was that WACCI should attract women to plant breeding programs. Today, more than 35 percent of the PhD students enrolled in WACCI are women.

Using the WACCI platform, Eric Danquah competed for and won an African Centres of Excellence award from the World Bank, which provided (among other things) $8M over a four-year period to help enhance infrastructure and to create the Seed Science and Technology International Master’s (MPhil) degree program. The goal of this MPhil is to address the issue of limited human capacity in seed science and technology by educating professionals with the requisite skills and expertise to ensure the supply of quality seed of improved varieties so urgently needed in African farmers’ fields.

Eric Danquah’s role in strengthening the University of Ghana’s Biotechnology Centre is an accomplishment to note. A few years ago, there was little but a name associated with the Biotechnology Centre. Eric Danquah has helped build the Biotechnology Centre into a partner worthy to collaborate with and equip several undergraduate students with skills for advanced study. Under his leadership at WACCI, an infrastructure-improvement program worth over $2.4 million has been completed and inaugurated, among other things, a well-equipped tissue culture laboratory, a seed science laboratory, a bioinformatics platform, and an upgrade for the university farms. These developments led by Eric Danquah make the University of Ghana one of the best endowed, focused and supported higher educational institutions for agriculture and the life sciences in all of Sub-Saharan Africa.

Eric Danquah has acted as a consultant for the Science Council of the Consultative Group of International Agricultural Research (CGIAR), the Food and Agricultural Organisation (FAO), the International Fund for Agricultural Development (IFAD), the USAID and participated in over 120 international meetings in Africa, Asia, Europe, South America, the United Kingdom and the United States of America. In 2008, he served on a six-member international panel (External Programme Management Review Team) of the International Crops Research Centre for the Semi-Arid Tropics (ICRISAT), Hyderabad, India. He was a member of the Steering and Advisory Committee of the CGIAR Dryland Cereals research project led by ICRISAT, 2014 -2017. He is a member of the Academic Board of the Planet Earth Institute, UK and a member of Technical Advisory Committee (TAC) of the Bill and Melinda Gates-funded Africa Yam Project at the International Institute for Tropical Agriculture (IITA), Ibadan, Nigeria.  He is also a member of the Advisory and Management Board of the African Centre for Crop Improvement, University of KwaZulu-Natal, South Africa.