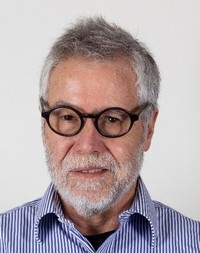 José Miguel Aguilera, Professor Emeritus Department of Chemical and Bioprocess Engineering, Pontificia Universidad Católica de Chile, is the 2019 GCHERA World Agriculture Prize Laureate. José Miguel Aguilera developed his career as food scientist in the fields of food engineering and food technology in a country with an emerging economy, but throughout his career he has succeeded in developing fruitful global collaborative partnerships with a significant impact in education and research.

José Aguilera received his first degree as a Chemical and Industrial Engineer at the Pontificia Universidad Católica de Chile, Santiago in 1971, his Master of Science in Food Technology at the Massachusetts Institute of Technology in 1973, his Doctor of Philosophy at Cornell University in 1976 and a Master of Business Administration at Texas A&M University, College Station, TX, 1981.

José Aguilera, who joined the Pontificia Universidad Católica de Chile as Associate Professor in 1981, has made outstanding and lifetime contributions to education, research, internationalization and technology transfer in food engineering and food processing.

José Aguilera’s support for food engineering education and research in Latin America, unparalleled among his peers, has led to a thriving food technology community in the region. His pioneering work to establish food microstructure and materials science as a foundation of food processing has resulted in a better understanding of the science behind processed foods. His studies of extrusion-cooking of grains, plant-based protein foods, intermediate moisture foods, frying and of nutritious soft food products have led to practical applications worldwide. He has published over 200 refereed papers and 13 books and been a consultant to major food companies, local entrepreneurs and international organizations. He has supported the careers of over 40 PhD and MSc students from Chile, Argentina, Bolivia, Costa Rica, France, Mexico, and Peru, and supervised many postdocs.

José Aguilera is a pioneer and a foremost scientist in relating food microstructure to product processing and properties. His widely accepted thesis and a foundation of modern food product development, is that food components (e.g., nutrients, flavours, etc.) come in matrices which can be manipulated during processing to improve product stability, safety, texture, taste, and the bioavailability of nutrients.

José Aguilera is a role model for food scientists from emerging regions that return to their home countries after graduating overseas. His successful building of global collaborative partnerships led to the establishment of a world-class group in food engineering that now serves Chile and the Latin American region.  In 1996 he was a founder and first President of the Chilean Institute of Food Engineering (www.ichia.cl). From 1986 to 1995, Aguilera led the first of several Ibero-American projects in food technology under the auspices of the Ibero-American CYTED-D cooperation program (www.cyted.org). Collaborative projects on intermediate moisture foods and combined methods technologies involved 60 research centres from 11 countries, over 360 scientific and technical personnel, and a total budget exceeding USD 1.2 million

José Aguilera’s research has been supported by several national (FONDECYT) and international granting agencies (IDRC, U.S. AID, A. von Humboldt Foundation), and research centres (Nestle Research Centre, Korea Food Research Institute). Aguilera has been able to nurture and maintain a network of collaboration with distinguished scientists from Argentina, Canada, Germany, Korea, Mexico, New Zealand, Spain, Sweden, Switzerland, the U.K. and the U.S. This have resulted in 89 joint publications, 21 of them with Ibero-American scientists, and the exchange of 19 graduate students. He has been visiting professor at TU Munich, Cornell U., Rutgers U., and UC-Davis, among others. He has lectured or presented talks in 13 countries of Latin America, including those with a lesser tradition in food technology (e.g., Ecuador, Paraguay and Uruguay), aiding in the establishment of food engineering as an academic discipline. He has been consultant to international agencies (FAO/UNIDO, IDB, SELA) and became a member of the IUFoST Board of Directors in 2016. During 2010-2013 he was President of the National Commission for Science and Technology (CONICYT), thus becoming the highest ranking officer for the promotion and funding of scientific research in Chile.

As vice-Dean of Engineering and Associate Dean for Research for 8 years José Aguilera was instrumental in the growth of a nascent doctoral program, now with over 200 enrolled PhD students. In his role as Department Head, Aguilera led in the mid-eighties the re-orientation of a classical chemical engineering curriculum to one focused on bioprocessing and food technology, more tuned in to the needs of the country.

Aguilera has been recognized by an impressive number of awards and distinctions including the National Prize of Applied Science and Technology, the Alexander von Humboldt Foundation Research Prize and three awards from the Institute of Food Technologists (USA). He is a member of the U.S. National Academy of Engineering and associate member of the Academie d’Agriculture de France.

José Miguel Aguilera can be rightly called the “father” of food engineering in Chile. The laudation of the National Award in Applied Science and Technology (2008) reads: “It recognizes more than 30 years of substantial contributions to the development of food technology and the establishment of a national scientific community, as well as an outstanding record in the formation of new researchers”